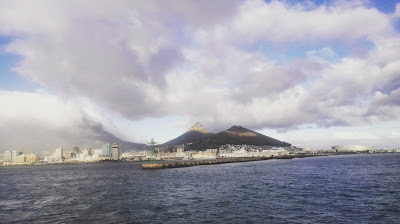 South Africa is a country with such rich heritage, there are definitely places that you need to add to your itinerary on your next visit to our country. I have had the privilege to visit some of the most interesting heritage sites that share a story of our trying history and even the first class society in Southern Africa.
The South African Heritage Resource agency is an organisation tasked with protecting the South African Cultural heritage. Local government in the various communities are responsible for the management of the heritage sites in their communities. SAHRA is then responsible for the overall protection of our heritage sites and also the submission of heritage sites to the World Heritage Committee to be added to the tentative list which can then be added to World Heritage sites.

Located in Limpopo Province, Mapungubwe National Park is where you will find the lost city, on top of the mapungubwe hill. This is where evidence of a wealthy kingdom was found and archaeologists excavated the famous golden rhino. The kingdom has traces of trade with other nations as far as Egypt, India and china.

Make sure you visit the confluence deck, here is where the Limpopo river and the Shashe river flowing from Botswana meet and right there is where South Africa, Botswana and Zimbabwe come together and you can see the three countries. At the confluence point of the rivers, there is an island the island is part of Botswana.  You are able to sit on the deck watching eagles soar above Zimbabwe and Botswana will elephants roam below the deck. Mapungubwe is the ideal location for anyone looking for a relaxing destination and enjoy the wildlife and birding available in the national park. It is in the middle of nowhere and public transport is not even an option that will be available to you.
Mapungubwe Cultural landscape was inscribed as a cultural UNESCO World Heritage site in 2003.
By far one of the most emotionally intense places I have had the honour to visit in South Africa. Robben Island is an island just off Cape town and this was the home of apartheid prisoners during apartheid. People like Nelson Mandela, Robert Sobukwe and the current South African president Jacob Zuma were jailed and tortured. 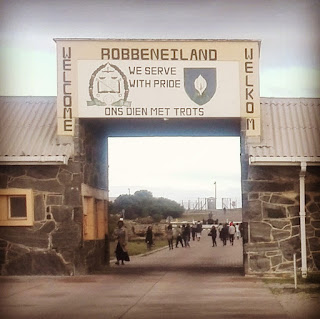 Visitors to Robben Island leave from the V&A waterfront on a ferry for a 20 minute ride to the island where you then get into busses for your tour around the island.

On your tour you will be able to drive past the Leper graveyard, where prisoners who died from leper while on the island were buried. You will also drive past the Robert Sobukwe House – although not on all tours will you be able to get off the bus and walk around the house and also the house built for when Sobukwe's family would come visit him in prison.
Robben Island was inscribed as a cultural UNESCO World Heritage site in 1999. 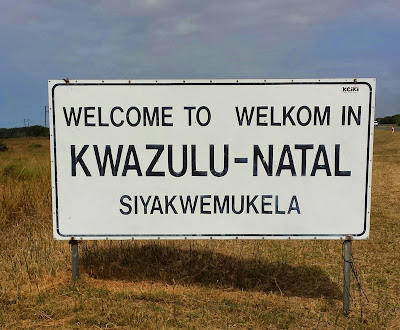 These mountains are found in Kwazulu-Natal. The name Drakensberg comes from the Dutch name meaning “Mountain of Dragons” – the name came about from the ridges of the mountains that make it look like a dragons back. The great escarpment is known as the Ukhahlamba – meaning “Barrier of up-pointed spears” in Zulu.

Cathedral peak is the most popular part for hiking.

The Drakensberg mountains were home to the oldest hunters in Africa – The San people. It is said that the ancient people believed that the deer was their ancestor and appeared before them to give the strength which also explains most of their rock art which you will see a lot of half animal half human figures. Up to 600 sites of ancient rock art can be found in the area. Ukhahlamba Drakensberg was inscribed as a mixed cultural and natural UNESCO World Heritage site in 2000.
Isimangaliso Wetland Park is a natural wetland and coastal site in Northern Kwazulu Natal covering an area of 3280 square kilometres. The park runs 220km along the coast. The wetland park is made up of coral reefs, long sandy beaches, coastal dunes, lake systems and swamps, providing critical habitat for a wide range of species from Africa's seas, wetlands and savannahs. 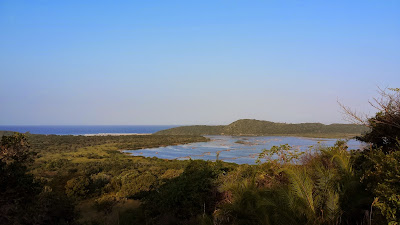 Cape Vidal being a must visit, the only place in South Africa were you can go on a game drive to see the Big 5 and end up at the beach.
My favourite destination in the Wetland Park is by far Kosi Bay. Kosi Bay is the cultural capital of the ancient Tsonga Tembe kingdom. The Kosi River Mouth is known as "the aquarium" because of the clarity of the water and the abundance of fish species. It is made up of four Lakes: Makhawulani, Mpungwini, KuNhlange and Amanzamnyama. 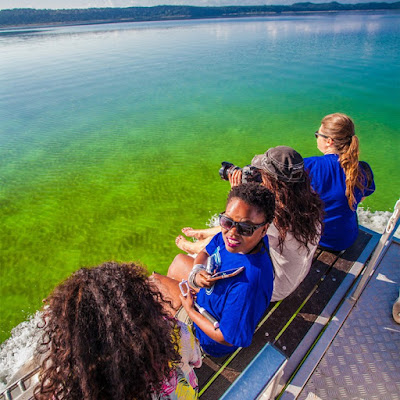 The lakes consist of inter-connecting channels which drain via a sandy estuary into the Indian Ocean.Every year between November and March, the loggerhead and endangered leatherback turtle come onto the beach to lay theiur eggs. Qualified guides are able to give tours to watch the turtles hatch and watch them race their way into the ocean.
Isimangaliso Wetland Park was inscribed as a natural UNESCO World Heritage site in 2000.