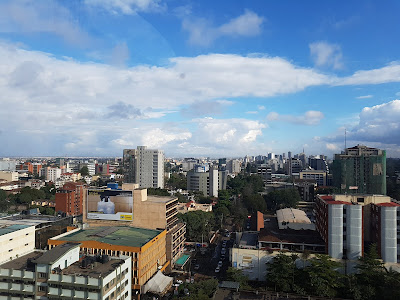 I was recently in Kenya and spent a week in Nairobi. This was not my first time in Kenya and I kind of know my way around the city particularly to the places that I frequent. The last time I was in Kenya I used a lot of cabs to get around. I still have the contacts to the cab drivers I used while I was there last just because I never delete contacts. But this time Nairobi has Uber so I thought I would get around the city in the same luxury I have in Johannesburg. Man, I was quickly humbled.

The thing is I thought I had such high expectations because of the service that I am used to in South Africa. But seems even Kenyans know that the service they are getting is just below par and actually nobody should be accepting that level of service. But I also got chatting to the uber drivers I used while I was out there to understand what was going on.

Just to put things in context in case you have never used an Uber in SA or anywhere else.
Uber drivers drive luxury sedans. Usually the latest releases. There are certain things that are kept in the car. Some drivers go as far as keeping condoms and tampons in their cars for their clients.
As you enter the car, you are asked if you would like the aircon on or you prefer to open your window, what radio station or music would you like to listen to, you will sometimes be offered water or other refreshments. Using Uber in SA feels like having your own chauffeur. Now I am not saying this has been everyones experience, but this is my experience.
Most drivers talk too much which is fantastic for me as I talk too much.

Few things to expect when using the Uber in Kenya

I haven’t used Uber in SA in 4 months as I have not been in the country. So I can't say for sure if the standards are still as great in Joburg. Uber is convenient and affordable. Just perhaps they need a standard training for all their drivers. And a way to monitor that the standards are maintained.

I also just received mail that looks like Uber Kenya is about to launch UberEats in Nairobi. UberEats basically delivers food. This is a service I have not used before but I have seen on social media a lot of people requesting that UberEats widens its variety of the food they provide. More people want authentic African cuisine. Think Shesanyama/Nyama Choma and pap/ugali/sadza.

Uber launched UberChoma. Nyama Choma is barbequed meat. And it starts with just a lunchtime run in Westlands, Nairobi. Or perhaps mine is talking about Westlands cos I went there a lot. Uber took what South Africans have been begging for and gave it to Kenyans. I giggle at this. In all honesty, I would not use UberChoma while in Nairobi. I have had such a rough time with the service and I'm such a picky eater, I am not sure I can trust them to deliver my food. Uber Kenya is about the survival of the fittest really and patience in most cases.

This post will be updated upon my next visit to Kenya and other countries that I will be visiting and using Uber. And yes, if you give me SA standards, don’t offer anything less. I am not being bratty. You set a standard. Keep to it.